2012  was a busy strange year. It was a year that my second album was released (still got lp’s left if ya fancy), I released a track in the Imaginational Anthem compilation and recorded a debut album with my new band Farthest South, featuring free-jazz phenomena Albert Beger (album due in February 2013).

Here’s a video we made, with some studio time and interview with the band.

In the annual year-end list, you’ll find albums that I kept on returning to over and over. I don’t know how to rate ‘best albums of the year’ so just treat it like a peek into my brain and slide in the little grooves that the following albums left in it.

Brilliant album by Nick Edwards, first under his own name (after being known as Ekoplekz. Dark electronica, relics of early dub, krautrock, 70’s lo-fi electronish music, loops and soundcrafts, all these elements produce a stunning collage of sounds. HIGHLY recommended.

Those were the best 5$ I’ve spent in 2012, for sure. It’s funny, a tweet by Northern Spy Records, led me to The Dreebs’ Bandcamp page, where I’ve heard heavy, dense sounds, a panic and stress. Didn’t need more than that.

I’m pretty much speechless. His works are beyond music.

The Japanese collective going electric-jazz soaked in acid, a killer journey through tolerance, stress and freedom. My review here

One of three Burger Records albums to appear in this year-end list. Branes bring dark 80’s dance and theatrical spell and Death In June. Strange and addictive.

Branes – Ramsey in the Dark

Another Burger Records release, Sam Flax with their debut album doing their Ariel Pink-style lo-fi, with brilliant songs and some unnecessary fillers. Still, a fun record.  My review here

8. Slug Guts – Playing In Time With The Deadbeat

Just another killer record by Aussie punksters going wild. More assure of themselves, brings to mind The Birthday Party and Gun Club. Fresh and distant, fabulous album. My review here

9. Gallon Drunk – The Road Gets Darker From Here

A lost soundtrack Lee recorded in 1975 while he was living in Sweden  now gets reissued by Light In The Attic. Amazing album and one of the more important reissues of this year for me. My review here.

The second collaboration of Josephine Foster with the Victor Herrero (An amazing guitarist), diving again into the breezy waters of Spanish folksongs. Fabulous.
My review here

Sixth album by UK folk singer Martha Tilston. As usual, full of beautiful melodies delivered by her special voice. Every time I think I’ve heard just enough singer/songwriter albums, Martha comes along with a beautiful album and convince me that the genre has so much to offer.
My review here

Always count on the Woods gang to release one of the best albums of that year. They bring again their blend of west coast folk-rock (though based in NY I believe), lo-fi and light psychedelic, and every album – the songwriting gets better and better. Bend Beyond is their best album to date, of course. You can listen to it here

I have no idea why Bill Fay was gone for so long, and where he’s been and what he’s been through all these years since initially introduced to the public in the 70’s with his two solo albums. However, I’m truly glad he’s back, because Life Is People it one of most beautiful albums released in 2012. Touching, heartbreaking, comforting – he’s got it all. AND he’s got the best version of Wilco’s Jesus Etc, since the song was initially written in Jeff tweedy’s room. Wow. Don’t miss it.

Tim Martin under his moniker Maps and Diagrams with a beautiful chilly album, set up to comfort freezy nights with his gentle silky ambiance and gentle percussive beats. A False Industries release, beautiful.

They were in the 2011 best of list, and now they are here again with a new album. Chicago based Steven Hess and Michael Vallera, working under ‘Cleared‘ are blending over-the-edge drums and guitar sounds, creating on mega monstrous wave of sounds.
Hypnotizing and mesmerizing, this is an infinite dive into the world of thick air. My review here

Poor old Bert. I still really miss this guy, it’s a bummer we won’t be hearing new music of his. But at least, like every great musician – we can count on unknown eighties albums reissued, to find a new rediscovered gems. Bert’s 1982 album is one of them. My review here

Bert Jansch – Is It Real

Not outtakes or demos or rough ideas recorded in the basement, but three cd’s full of rare goodies and a live set by one of the truly greatest pioneers of rock music. It’s Can, I don’t need to tell you this.

Originally released only on cassette, this is Basho’s last album if I recall correctly, and it’s one fine album. Many, including myself, see him as a UFO who fell to planet earth for brief moment to pass a  message of music and peace and unity. Twilight Peaks is an album that blurs all his influences and delivers one seamless stream of consciousness, hiding in the songs. A must have. My review here

Fifth volume in the Imaginational Anthem albums series, featuring works for solo acoustic guitar. This series, released by Tompkins Square records, is a real treasure for fans of the genre, and the fifth volume is full with fabulous musicians. I was asked to write a composition especially for this album, which I did and you can listen to it below. My review here

A little album that passed under the radar by many, and it’s a shame because the pop-psych album of Gap Dream, originally released on cassette by Burger Records, is a true work of beauty.  For fans of Andy Partridge on one hand and Robyn Hitchcock on the other, this is a fabulous gift to yourself. My review here 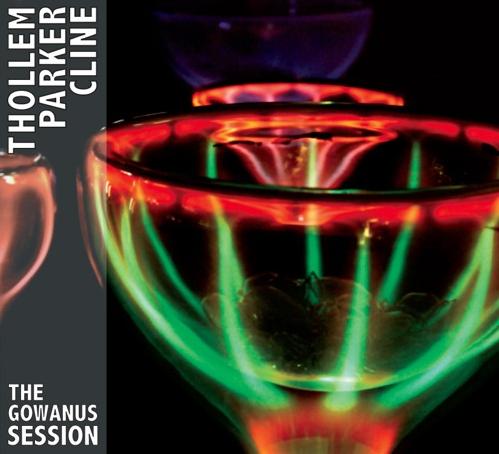 The Nels Cline album of the year is The Gowanus Session. Every year, there’s an album nominated for this title, and this killer album is this year’s winner.
Thollem McDonas on piano, and legendary William Parker on bass, together with Cline’s howling guitar creates a fascinating recording. McDonas brings the atmosphere, Parker brings maturity and soil, Cline brings the rebellious teenager. Together they create a brilliant album. 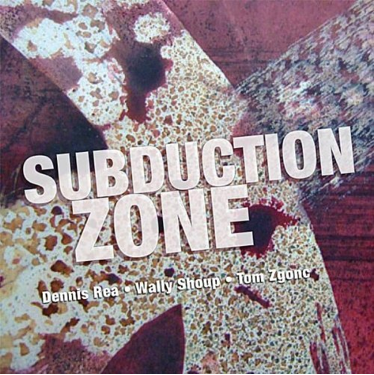 This is THE avant free style/jazz album of the year for me. A dense pack of emotions and sounds created by three brave men. Dennis Rea on electric guitar is leaking blood, Wally Shoup on alt is holding the guns and canons and Tom Zgonc stands on the hill hammering the gong before the three of them start to rise on their wild horses into the Roman camp, in a clear goal to cause a harmless mess and then return home. I’m sorry, that’s the best image I had for this album.

A joyful collaboration between two friends, happened to be one of the best songwriters ever (Andy Partridge of XTC) and UK cult hero Peter Blegvad. Blegvad provided the lyrics, Partridge provided music, in album that can suit brave little kids who are not afraid of the dark, and old people with a creepy look in their eyes. If Syd Barrett hadn’t been dead, he would have fit perfectly in this album, contributing songs about bees and bicycles and funny violins. A real magic.

Andy Partridge and Peter Blegvad – Looking At the Sun

This year brought five albums by OutNow Recordings. I can’t write about them since I was involved in producing some of them, but I can recommend you to listen as there are some brilliant moments there. Sax player Albert Beger meets drummer Gerry Hemingway in a set of improv, Saxophonist Yoni Kretzmer with his two double bass group, 9Volt with Tim Berne somehow reminds me of Subduction Zone that I mentioned earlier, the superb Maroney/Ilgenfritz/Niescier/Drury band, and the fascinating collaboration between Michael Attias and Sean Conly. That was a busy year for the label, hope 2013 will be as busiest.

Another year end list must have, is a record by Steven R. Smith, under one of his many monikers. After three album as Ulaan Khol, his new album under Ulaan Markhor,
With his new album, Smith brings to the table the electric guitar sounds and style I know and adore so much, but it seems like he’s taking a trip back to his own past with his former band Mirza, as this is not a solo guitar album like we’re used to, but a full band album. Of course, everything is distorted and powerful in his lo-fi kind of way, and the result is psychish dronish maserpiecish. Not that you can expect other from him pure amazingness from Smith.

Itamar Ziegler is one of my favorite musicians, and Stephen Ulrich is a well-known guitarist (Big Lazy) from Brooklyn who also composed for HBO. The two created a film-noir soundtrack (no actual movie exists in this case), with slide guitars, Morricone phrases, 50’s tremolo guitar albums, bossa and all that 40’s jazz.  A small record waiting to be discovered by the whole world.

And, to sum things with a sunny side up, this album of lost souls captivated in a basement in a French pastoral countryside castle for too many years, is another favorite. “Seasons Of Rust” is the translation of their name, and if you appreciate the first incarnation of Swans, and if you’re fans of Young Gods, and your mind blossoms when it is attacked by darkened and stressful music, you’re gonna enjoy this album very much. Released by Heart&Crossbone, the vinyl sounds excellent and the rust tastes like sugar. Yes, it has been a great year.

This entry was posted in Best of 2012 and tagged 2012. Bookmark the permalink.
My Music