Comes to think about, how come Ariel Pink and R. Stevie Moore didn’t record an album before? Pink is an obvious follower of Moore’s lo-fi aesthetics, with his weird song structures, and they are both already well known (well, known), and the market is ready, why not?

Aha! well, yea. There’s a new album out, it’s called Ku Klux Glam, was released in February and it’s everything you can expect from two cult figures like Pink and Moore. Cheap drum machines, fuzzy guitars, rocknroll beats, jollily psychedelia, strange humor, two minutes long songs, and overall weird stuff. Les Boys just wanted to have fun and created a brilliant and funny album. This is so brilliant that they actually took Pink’s Freight Night, isolated the playback and named the track Closing Credits, making the tune sound as if it’s end of a Fox talk show and it’s hilarious. 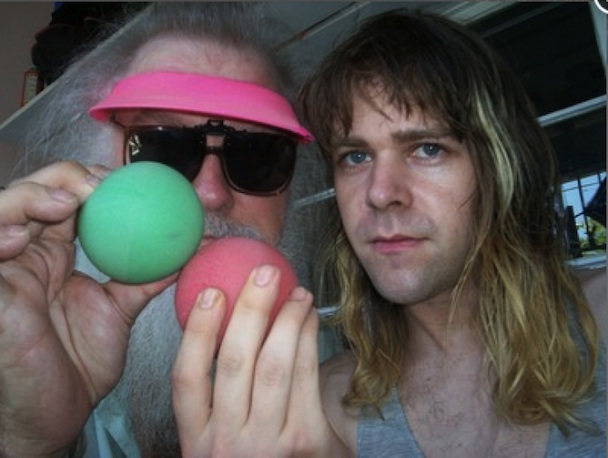 Currently it’s out on 100 copies cassette via Stroll On records, and a double LP is coming. Either way, it’s available for listening in its entirely, on Moore’s Bandcamp page.

This entry was posted in Album reviews, Best of 2012 and tagged lo-fi, pop, psychedelic. Bookmark the permalink.
My Music